Broadcast Your Fitness Club's Television to Every Treadmill, Bike, Elliptical and Rowing Machine

How To Give Your Gym Members a Better Fitness Experience

When you think about your fitness club membership and the different ways you can keep them happy, one method always comes to mind.

You and I both know that gym members spend large amounts of time on your cardio equipment.

As they grind away on your machines, two things help them pass the time.

Can you guess it? 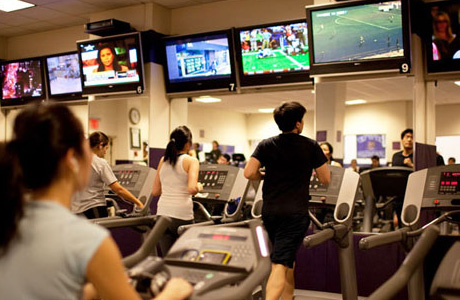 Tune In to the TV while Working Out 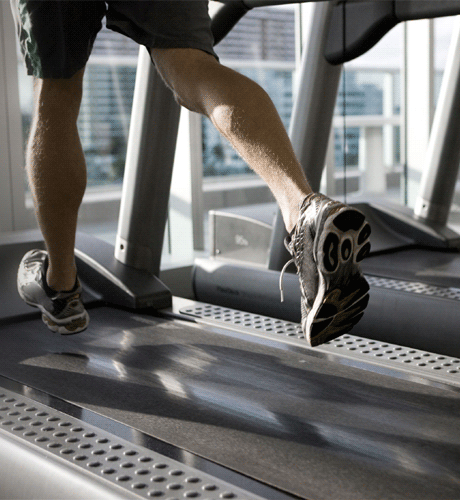 And not only does your gym membership want to listen to music or watch television while they workout… they want to choose the television station they watch and they want to hear it.

Why build a bank of televisions unless your members have the ability to hear what’s being played?

Let me tell you a brief story…

The first time I went to a gym was in this new modern facility that had just opened up in Kalamazoo, MI.

Well I didn’t really notice it at first, but they had a bank of televisions above their treadmill machines.

There were six televisions hovering above us, one for each treadmill. Now here’s the kicker, they had stations like ESPN, CNN and Fox News broadcasting during gym hours.

Each treadmill had a remote velcroed to it so switching channels was a breeze, which was really cool.

But… they wouldn’t allow any sound.

They had a sign on each television that read: DO NOT TURN UP VOLUME.

Instead of using an FM transmitter to broadcast the sound to the treadmills, each television was set up to display subtitles.

We couldn’t hear the television while we pounded out miles on the treadmill. Have you ever tried to read subtitles while grinding through a 45 minute cardio routine?

That’s why smart gym owners like yourself should implement an FM transmitter to broadcast music or television selections to your gym members.

Here’s how it works:
Take an FM transmitter and plug the television audio source into it. The FM transmitter will broadcast the sound to any FM radio located inside your fitness club.

Most gym owners place very small FM radios on their fitness machines, so their members can watch and listen to the television.

But not just any FM transmitter will do. You need one with some power, you need one that will broadcast at least 150 feet so you can cover every nook and cranny of your fitness center.

Only one wireless transmitter answers the call.

I want to share what gym owners across the country are using. 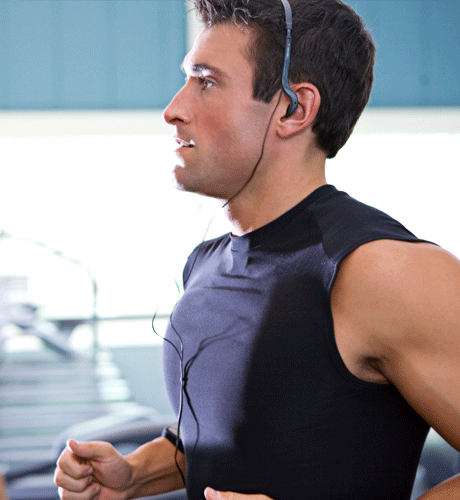 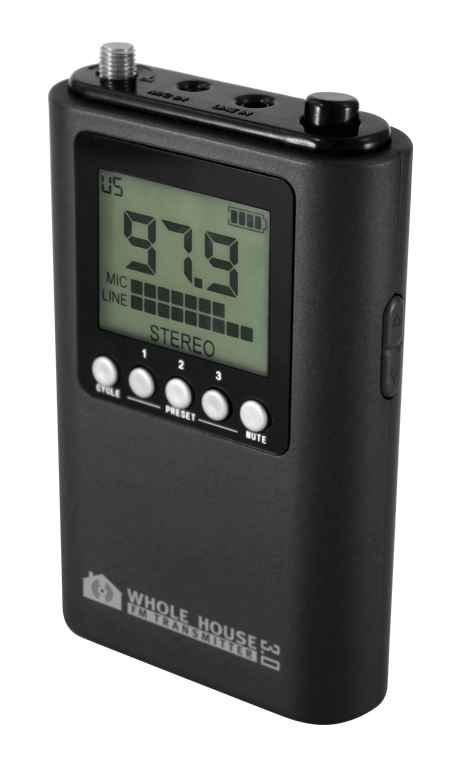 All your members need is an FM radio to hear what you broadcast.

Place a little FM radio receiver on your gym equipment or have them purchase a radio of their own and your gym members will be able to watch television, and hear it too. Their cardio workouts will zip by and you will have a happy and content membership, who will want to spend more time in your gym, and more time enjoying your fitness facility… which means more money spent in your facility.

Of course you might be wondering why the Whole House FM Transmitter 3.0 is better than other wireless systems.

Here’s a few reasons we beat the pants off our competitors’ like Broadcastvision and Cardio Theater:

It’s lower in price and affordable when compared to the competition.

If you’re a gym owner and you want to give your gym membership a better experience, then a Whole House FM transmitter 3.0 will be a step in the right direction.

Here's Why You Need to Act NOW! 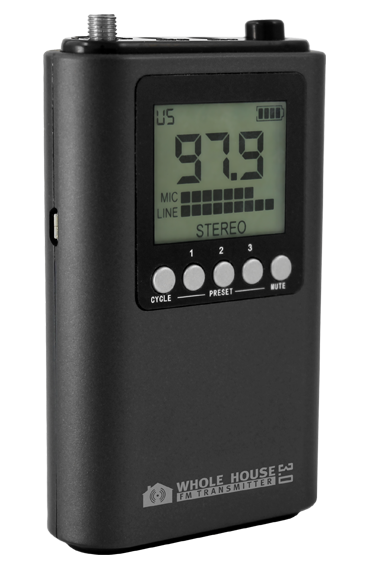